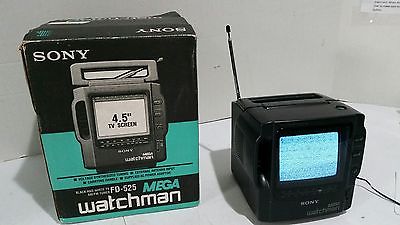 i spent the day at the hospital. We found out my Dad had a heart catheterization scheduled. Was it exploratory or to fix things, we asked. He didn’t know… or at least claimed not to. So my sister made her long trek to take my parents to the hospital this morning and i made my much shorter one to be there today myself.

SPOILER ALERT: everything went very well, they did fix some things; my Dad is now the proud owner of a stint and two arteries that are a good deal clearer than they were when he woke up this morning.

Watching my parents today segued right into some thoughts i’ve been thinking and digging at recently, thoughts about the prevalence of screens in our lives and how they effect us.

i’ve been watching my own relationship with my smart phone more closely lately. It’s a handy tool, a means of connection, but also a distractor: a sort of crutch that keeps me from facing boredom.

Most nights i read myself to sleep, but as years pass less and less time is actually spent  reading and more and more time is spent scrolling, swiping, and commenting. i still eventually get around to the book at hand but fewer and fewer pages get read before sleep finally conquers me.

Today as we waited while my Dad was experiencing firsthand the miracle of modern medicine, i tried to be aware of when i was staring at my glowing rectangle. It was fairly often, some of it was texting or messaging family/friends but some was just filling time by reaching for my same old distractors that i find comforting.

When my dad got back from the procedure i didn’t see him touch his phone at all. i had the thought that if i was stuck laying prone in a bed, barely moving for several hours (doctor’s orders), the first thing i’d reach for these days is my phone. Keep in mind that my Dad isn’t some technology challenged septuagenarian. He’s a fairly technologically adept septuagenarian. More than once i’ve stopped by his house to see him at the kitchen table with his laptop, ipad, and smartphone all going at once. He hunched over them all like a spry youth of the technology age working on some project of his.

It’s true that he did use the hospital television as a distraction, but he was ever ready to turn his attention from it to his family. Oddly enough the television (playing a marathon of alien conspiracy shows courtesy of the “History” channel) felt less obtrusive than the screen that fits discreetly in my pocket. Why, i wondered as i drove home?

Here’s the embryonic thought  i’m mulling over in regards to that question: Television, or even more archaic the Radio, are devices that we engage with in an open setting. They are visible and audible to everyone in the room or space. It is a shared experience (a flimsy one in my opinion but shared nonetheless). The activities we engage on our smart devices tend to be solitary experiences. I play a game, I see who liked MY post, I watch a video, I look at and engage with the device. There’s a part of me that thinks that this is not a beneficial aspect of our constant glowing companions.

Of course, there are clear exceptions to this thought, we all watch videos on our phones with others nearby, we all sit in a room alone and watch TV from time to time. But i think it is the solitary nature of our small screens that makes them more dangerous.

Bonus Post Script: i’m old enough to remember those kids with those portable TVs… there’s no getting around it, those little TVs just felt wrong back in the day!